Nicole Winters has perhaps the best surname of anyone having a Christmas party in July for children living in Little Rock’s Women’s & Children’s First Domestic Violence Shelter.

Scheduled for Tuesday at 5:30 pm, this event is not open to the public. Instead, it is a special event for children and women living in shelters. Winters is the president of Peacekeepers, a young professional volunteering at Women & Children First.

The 35-year-old Winters began volunteering as a student at the Bowen Law School at the University of Arkansas at Little Rock. One of the law school related clubs sponsored a shelter and held a silent auction to raise money to decorate the room.

“As soon as I arrived, I was hooked,” she says. “I’m not an individual, but I have a family who is a victim of domestic violence and knows the victims of domestic violence. It’s personally important to me. Go to this shelter and have a child there. When interacting with us and women, you have to love it, “says Wallace Smith, Chairman-elect of the Women & Children First Board of Directors, for Christmas in July. The first purpose is to bring joy to the children in the shelter. The second is to help SMEs who struggle during the pandemic. In this case, the council will assist Art Isin Cakes by purchasing an extra gingerbread house set to use during the party. (On Monday, Art Is in Cakes announced on Facebook that it would close its retail store, but will continue to sell its products through its website.) In addition to building the Ginger Breadhouse, children will see Rudolph’s Pintail and Christmas Bingo. Play .. The shelter will be decorated for Christmas and the cool Christmas melody will be the background music. Santa Elves can have gifts for their children.

Hosting a party at a shelter is nothing new to a peacekeeper. The group holds four events each year. Back to School Bash in August. Christmas party in December. Valentine’s day party. And Easter egg hunt.

There are several male peacekeepers, but the majority are female. Wind-stream Communications lawyer Winters is trying to change that.

“We are serious about hiring more men. Often these children in shelters and their mothers do not have active interactions with men. We would like to welcome male peacekeepers so that we can interact positively with our children and women. Winters is located at Arkansaw Food Bank, Home for Healing, Arkansaw State Capitol, and Alzheimer’s. I am volunteering at many organizations such as Arkansaw.

“I’m sure I’m missing one or two, but I have no kids, and my family doesn’t live here, so I’m free on weekends and full of volunteers,” he said. Says.

Winters moved from South Carolina to Arkansas in 2010 when Windstream acquired the company it worked for. Windstream paid for continuing education to become a lawyer through a tuition refund program.

“It was a great way to meet people, especially because I have no children,” she says of volunteers. “I moved here when I was in my twenties, so it was a good way to meet and work outside of law school. President Peacekeeper’s term is a bit flexible. Wilson could be reelected Yes, but if someone else really wants the title, she will gladly do so.

“I don’t go anywhere,” says Winters. “The shelter has my heart, so I will continue to volunteer, whether or not I play a leading role. Winters will not hesitate when asked about the precious memories of the shelter. He talks about a summer camp called Camp Hope, which is supported by shelters. It’s a week-long camp designed for children who are victims of domestic violence.

Winters recalls a peacekeeper party a few years ago on May Day when volunteers played ball and had a good time with their children in a shelter. In June of that year, some peacekeepers volunteered at Camp Hope. She says that on the first day of the camp, peacekeepers are always preparing spaghetti dinners for their children.

“The kids who were attending the May party ran towards us,” he says. “They gave us a hug and said,” Thank you. I smiled for the first time in a month. It breaks your heart. This is because we peacekeepers are staying in shelters. It is our job to bring a certain degree of normality to the.

“Some of the memories you make at home, such as building a Gingerbread house for Christmas, aren’t if you’re in a shelter. You don’t make memories and share them when you return to school after Christmas vacation. There is no such story to do, so we give it to them and strive to bring them some degree of normality, and they, in quotations, in our normal business. You can say that there is. “

For more information on Women and Children First and Peacekeepers, please visit wcfarkansas.org/peacekeepers/. 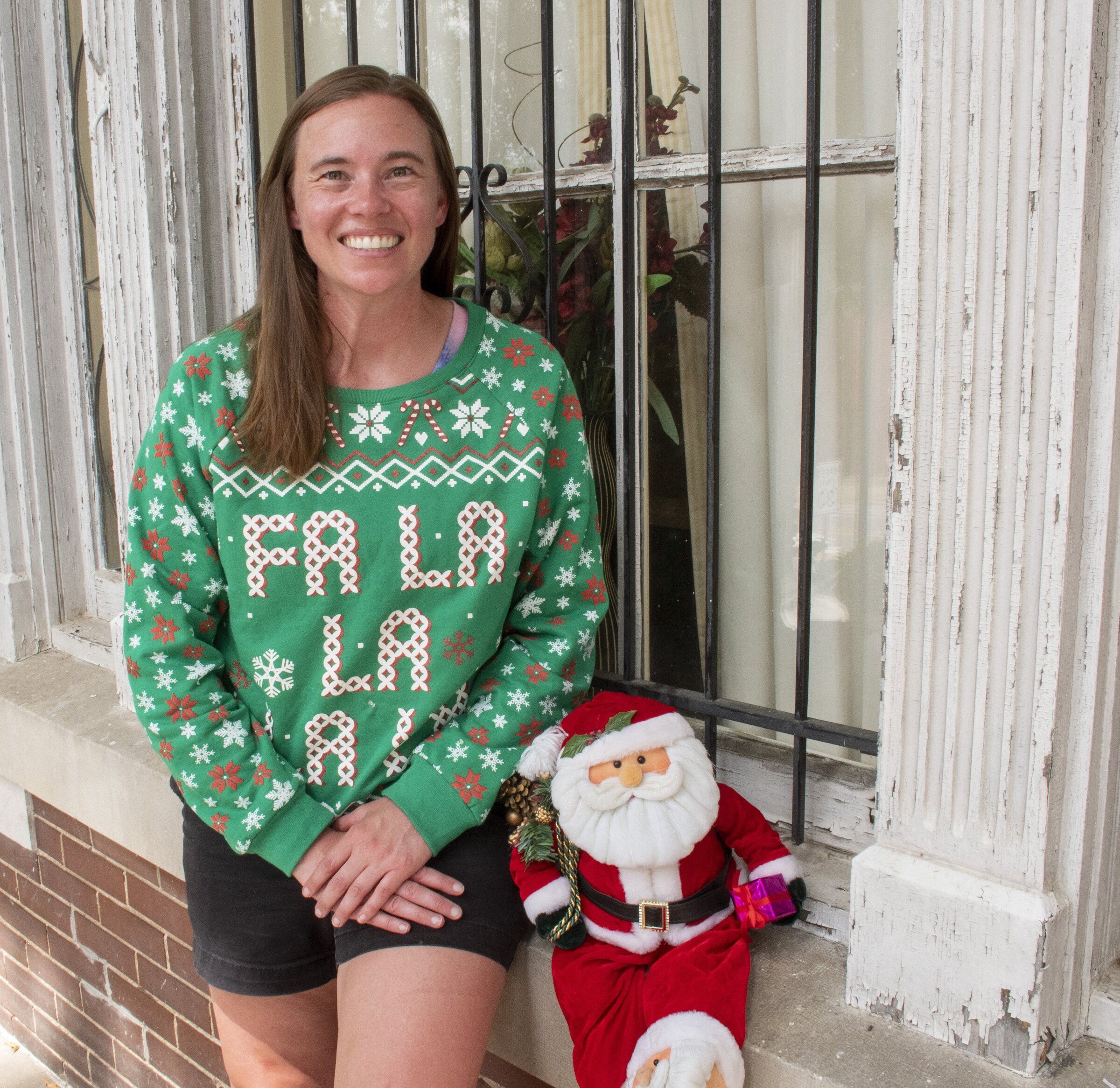 Nicole Winters and other members of the peacekeeping force have a party on Tuesday at the first domestic violence shelter for women and children, preparing to celebrate Christmas six months ago. The July Christmas party will include the construction of the Gingerbread House and Christmas games. (Arkansas Democrat-Gazette / Carey Jenkins)